Menu
Home › Fighting With The Power Of Att…

Fighting With The Power Of Attorney 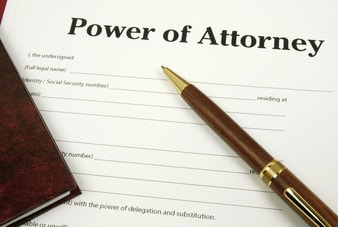 It's hard enough living 6 hours away from your aging parents without having the added stress thinking that your brother may be taking money from them. That is just the scenario Roger was in living in Maine when his parents were aging in Upstate New York. Roger would call his brother Bill and ask him for information about their parents and Bill was always very defensive and protective of their parents' health and financial information. When Roger would inquire with his parents, they told him that Bill was managing all of their finances and they had not seen a bank statement in months. They also informed Roger that Bill kept their checkbook and debit card with him at all times. By the time Roger hired an attorney and tracked down his parent's bank statements, Bill had already removed over $75,000.00 from their accounts.

Roger's story is certainly not out of the norm. As younger generations continuously move out of state, their aging parents are often left alone or at the mercy of whatever family remains local.

Luckily, in New York State adult siblings now have a simple mechanism in the law to hold their siblings or whomever is managing their parents' finances accountable. The General Obligations Law provides that if you are the spouse or child of someone who has a Power of Attorney that is acting for them you are entitled to:

This is not meant to be an exhaustive list, but just a sampling of the remedies a frustrated sibling or child can utilize under the General Obligations Law. By far the two provisions we use the most are to compel an actual copy of the Power of Attorney be distributed to the children or siblings and to compel an accounting of the receipts, disbursements and transactions from the Agent.

These changes in the law provided a tremendous amount of relief to siblings and children of those with a Power of Attorney, especially in the face of rising amounts of financial exploitation by people using the Power of Attorney document. If you have a dispute with a family member over a Power of Attorney, contact our office today, info@themarronelawfirm.com, or (315) 728-9433.