Menu
Home › How The Replacement to the Aff… 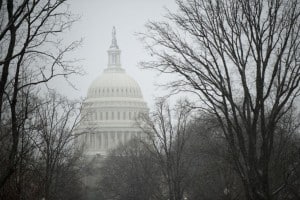 The House Republican leadership has now introduced the long awaited repeal and replacement of the Affordable Care Act. As it turns out, the plan is actually not to repeal the ACA, but just to pass budget reconciliation bills replacing many of the key provisions. There is a lot to unpack in the bills, but let's focus on the issues that may impact many of the elderly we serve (A copy of the Energy & Commerce Committee bill is available here if you'd like to read the actual text.)

Essentially, the bills seek to strike at the Medicaid expansion undertaken in many states under the Affordable Care Act. The bills seek to limit the continued expansion of Medicaid which pays for among myriad other things, subsidized coverage for the elderly living in certain assisted living facilities and nursing homes. The bills will drastically alter the current Medicaid landscape and limit coverage for many seniors in the future, putting them at risk of financial ruin and limiting their access to safe living conditions and appropriate medical care.

Right now, if you're a senior citizen and you need care in a nursing home, you can move into the facility, get settled in and your family members can secure retroactive coverage for three months after they apply for Medicaid on your behalf. Let's pretend you need to move into a nursing home on March 29. If you need Medicaid to help pay for your stay there (which most people do because the cost exceeds $10,000 per month), you need to submit a complete Medicaid application, 5 complete years of all your financial records and bank statements with check copies, 5 complete years of income tax returns with attachments and a bunch of other documentation. This can take weeks or month to pull together, even if you're working with an attorney.

Under the current rules, if you move in and need Medicaid coverage March 29, you can submit a complete Medicaid application as late as June 30, and still seek coverage retroactive to March 29. This is imperative because it gives the family and their advocates time to get a complete application together and to assemble all the ancillary documents.

Under the proposed rules, if you move in and need Medicaid coverage March 29, you will need to submit a complete Medicaid application no later than March 31, a mere two days later.

Even under the best circumstances when someone moves into a nursing home in the beginning of the month, say March 7, it would be nearly impossible to compile all of the records to submit them before the end of the month. The net result is going to be gaps in coverage for seniors going into nursing homes that is going to cost in excess of $10,000 to the family for every month they are unable to file the Medicaid application.

Under the current system, once you are approved for Medicaid, a process that can take months or even an entire year, you have to re-certify your eligibility by documenting your income and resources to the Medicaid agency on an annual basis. The proposal in the ACA replacement bills calls for re-certifications to happen twice annually. Besides creating some very, very unpleasant Medicaid caseworkers, this will cause families and seniors additional financial strain, as they scramble to pay attorneys and advocates for continued assistance navigating this system.

Every time I speak with potential clients there is always a fear that Medicaid would make them sell their house in order to get nursing home coverage. In fact, under the Medicaid laws in the State of New York, presently you can have in excess of $800,000 in home equity and not be forced to sell your home to qualify for Medicaid. This rule is of little solace to many whose property values come nowhere near this threshold, and it does nothing to protect your property from a Medicaid lien after you die.

However, in parts of this State, this exemption is pivotal to families maintaining their residences. Part of the new ACA replacement bills seek to severely reduce the home equity threshold and restore a limit of $500,000 in home equity. This is still a healthy exemption for many in Upstate New York where property values do not reach these levels. Consider, however, the 88 year old widow who lives in a brownstone on the Upper East Side which is appraised at $700,000. Now, she doesn't have $700,000 in the bank, it just so happens she's owned her home for over 60 years and its value has appreciated significantly. Under these new rules, if she has not done any advance planning, she'll be forced to sell her home to finance her nursing home stay simply based on her property value.

While we may be in the early days of discussing the ACA replacement bills, it does seem Congress is on a fast-track to pass this legislation. Without any studies done by the Congressional Budget Office, it is difficult to predict just how much these three provisions will save the Federal government, but what is clear is that they could cost senior citizens everything they hold dear.